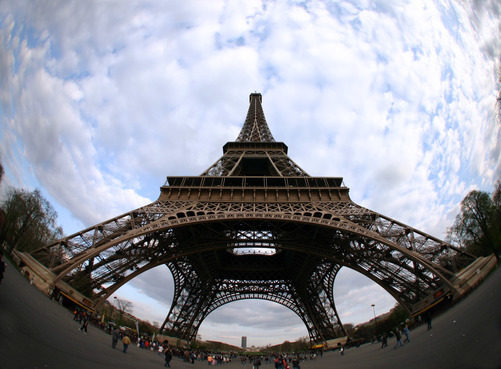 When most people think about visiting Paris, they conjure up images of the Eiffel Tower, the Louvre, the Champs-Élysées, and the timeless city’s many other well-known sites and attractions.

What many visitors do not realize, however, is that the beautiful streets of Paris are teeming with Freemason symbols and imagery, testifying to the profound influence that the world’s most famous secret society has had on France and its history.

For the first-time visitor to France, there are many ways to approach the city of Paris, and it’s vast (some would say ‘overwhelming’) cultural and artistic heritage.

For example, many visitors like to do their sightseeing while enjoying an endless variety of royalty free tracks on their headphones. Others prefer a more interactive approach, hoping to improve their rusty French in awkward conversations with locals.

But regardless of one’s particular sightseeing style, the discerning visitor to Paris is likely to find numerous traces of Freemason influence on the city’s innumerable public squares, monuments, and building facades.

Famous French Freemasons are said to include Joseph Bonaparte (the older brother of Napoleon); Aristide Briand (who served as prime minister 11 times during the Third Republic period); and Joseph-Ignace Guillotin (the inventor of the guillotine).

Anyone planning a visit to the ‘City of Lights,’ therefore, should consider a stop at the French Museum of Freemasonry, which can be easily found on the Rue Cadet.

Some historians have even suggested that France’s history since the so-called ‘Age of Enlightenment’ (1715-1789) cannot be fully understood without basic knowledge of Freemason’s ideas and doctrine.